The Christmas break I gave myself had to end. I was feeling pretty reluctant about this, actually. I quite liked Nelson and had a strong feeling that I wanted to linger but I couldn't really put my finger on why.

I slept in a bit (wow do I really like beds), packed up and wasn't out of my room until 10am. Skyped my family as it was just after they had Christmas lunch and had the iPad passed around to everyone, it was even used to show me the pile of food I was currently missing out on.

Eventually I hit the road. James and I joined back up for a couple days as I decided to cut another bit off my South Island adventure. I decided to not take the out-and-back side trip to the golden bay. I'm sure it would have been pretty cool but I have been wanting to move on to the North Island. I know it's busy and much more highly populated but two months on this small island and I'm looking for a change. 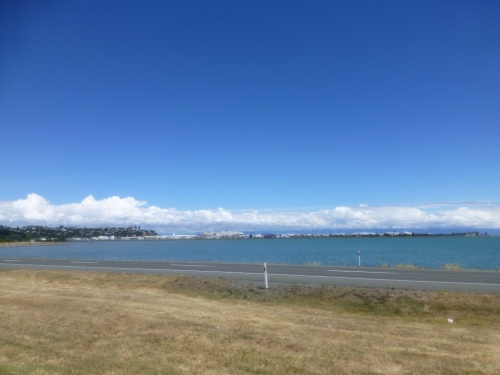 The ride out of Nelson was on another bike path, just as beautiful as the one I road in on. I'm quite fond of the Olentangy trail back in Columbus but it doesn't compare to a path along the coast.

The day started out with a good bit of head wind and given the heat I was actually a little sad when it left. We had a couple rough passes to make and by the end of the second I was definitely feeling the heat. I'd finished all three water bottles and most of my one liter water bag. Stopped at a dairy to get them filled up and wound up buying ice cream. A big cone is pretty much perfect you're stuck in the heat on the saddle.

We'd made decent time and decided we'd try to get to Havelock, which is only about 35km from the center of Picton. Unfortunately not too much longer into the ride James had a tube blow. When he started to work on it he noticed a spot with a hole in the tire and some threading sticking out. I gave him one of my Park Tools tire boots to hopefully keep it in check until he makes it to Wellington. 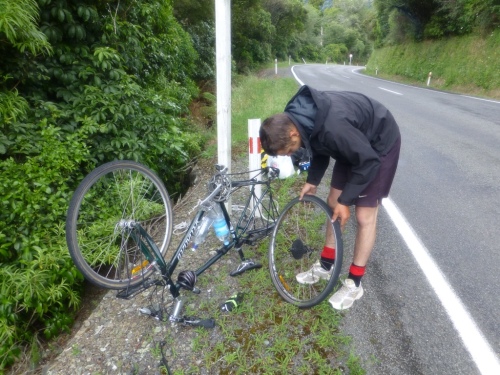 This actually wasn't the first mechanical problem he had to deal with today either. Yesterday he had complained of a weird s-shape bend in his tire. When I took the wheel off to check the tube and tire I found a broken spoke that was, sadly, on the other side and unrelated to the tire issue. The bike shop he went to this morning charged him about $30nzd to replace the spoke and true the wheel. Told him the tire would get him to Hamilton (the end of his trip by bike), he was really reluctant about replacing it if he didn't absolutely need to. The gash happened on the same tire that had the bend so looks like he will be replacing it after all. 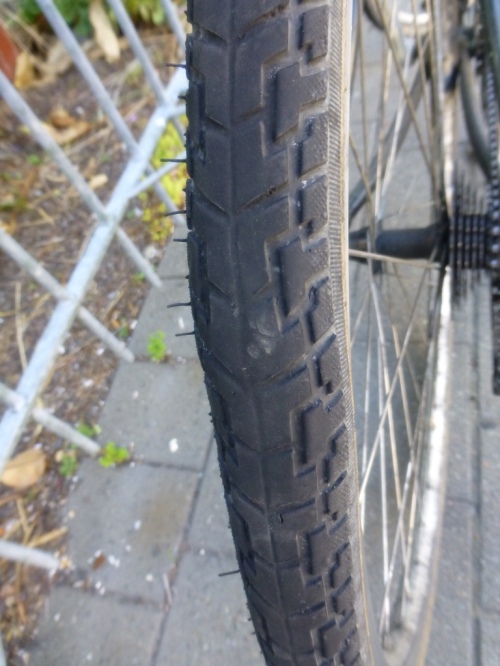 Not much further down the road we decided to call it quits at a nicer DoC site. $10nzd but a nice spot with showers and a good kitchen. James seemed pretty tired and stressed because of the tire issue so was wanting to get off the bike as soon as possible.