As usual with freedom camping I got started as soon as the sun pops into my tent. Today that meant I was on the road by 6:30am. Legs were not pleased to immediately climb up Spooner saddle, though.

I made a couple stops trying to kill time since I was going to be in town well before I could check in. Got a delicious muffin at a small bakery then a coffee at McDonald's. Still made it to Nelson before 10am but found a public library to keep myself entertained for a while. Ran into James there and we made plans for our time in Nelson.

I wandered around town for a while. Nelson is a pretty neat place. It's small enough that you can easily walk from one side to the other but was packed with character and full of cool shops, restaurants and pubs. Being Christmas Eve it was also jam packed with people during the day, presumably doing last minute shopping. The picture below was from much later when shops had closed up, though. 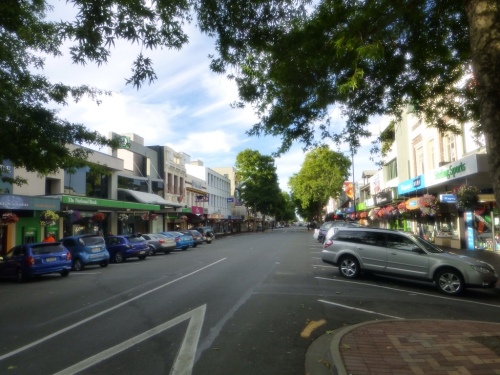 James and I cooked dinner together at my hostel. For our second Christmas dinner we splurged and bought sausages which brought the dinner cost up to $4nzd each which is still dirt cheap.

Later on we went to the cathedral to join the towns Christmas festivities. A bishop and a band lead a Christmas carol night that gathered a very large crowd. It was pretty good Christmas Eve. 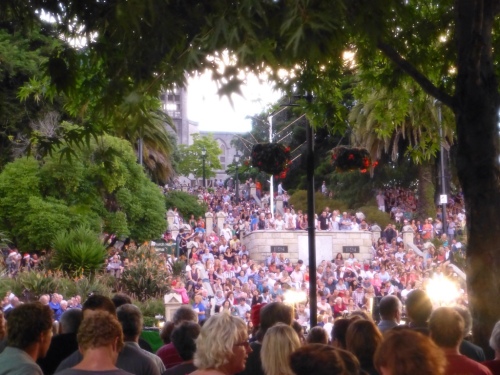